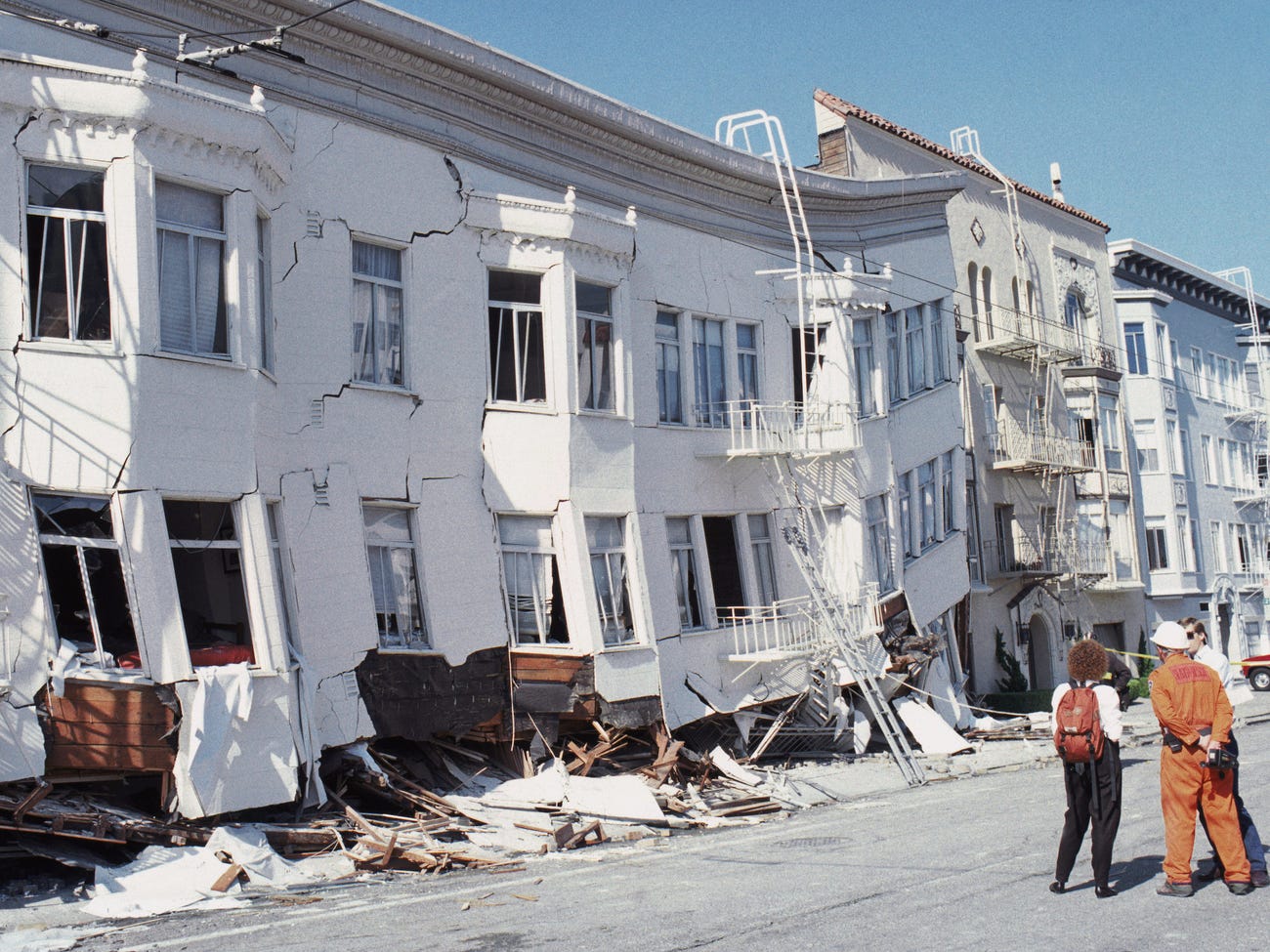 The seismic building design is a major concern of construction companies and architects, because of the risk of seismic hazards is very costly, and currently affects about half of the US territories. Earthquakes are currently costing us around $1 billion per year in direct costs and up to $2 billion per year in indirect costs. This puts the construction industry on a never-ending hunt for effective ways to protect themselves against environmental hazards.

The reason for this is because earthquakes are dynamic: That means that every building that is affected by an earthquake will respond differently. Therefore, seismic building designs should be well-thought-out so that they are resilient during emergencies.

How an Earthquake is Defined

In an earthquake, the Earth’s surface suddenly is forced to shake. The reason that this happens is, that the earth’s crust is made up of a series of plates, and those plates are continually moving. When the plates are forced to collide with one another, the pressure forces them to extend and subduct their placement. Then, after they move some more, and this stress gets released, it is forced to travel through the crust, thereby causing the earthquakes and tsunamis that we experience. Depending on where earthquakes occur, they have very good potential to cause severe damage. (Like in a city)

How Seismic Forces Are Measured

Several terms are used in describing and measuring the effects of an earthquake:

Acceleration: Calculated in a unit called “g,” which is also known as the acceleration of gravity. Acceleration is how fast speed changes.

Velocity: Velocity is how fast the position is changed. It is measured in centimeters per second.

Duration: Duration is how long the shock cycles of the quake last.

Magnitude: Magnitude is the intensity of the earthquake. It is measured by the Richter scale, and the measurements range from 1 to 10.

How they Calculate Earthquake Damage Potential

These seismic measures are determined to calculate the different forces that affect buildings. The problem is that the movements that are brought on by earthquakes generate inertial forces in buildings. Those forces are what cause a majority of the structural damage.

Inertial force is determined by multiplying the weight of a given building by an earthquake’s acceleration. Therefore, the more mass a building has, the higher the inertial force.

This means that lighter weight buildings have an advantage when it comes to seismic design, and heavier buildings suffer greater forces, increasing the possibility of them suffering column failure.

The waves that are generated by earthquakes can be long and slow, or they can be short and abrupt. The period of an earthquake’s waves refers to the length of a full cycle in seconds, while the frequency is a measure of how many cycles per second the waves last.

All objects that exist have what is referred to as a “natural” or “fundamental” frequency. This more directly refers to the frequency at which they vibrate when a sudden force occurs that affects them.

If a shock wave’s frequency and a building’s frequency coincide, the building will simply resonate, amplifying its vibration. If the length of the ground motion from an earthquake matches the natural resonance of a building, it will be subjected to the biggest oscillations, and suffer the most damage.

Different factors could potentially lessen the impact of an earthquake. The natural frequency of a building is one of those factors, which is why it is one of the focal points in seismic design.

The natural frequency of a building is largely determined by its height, and that means that taller buildings will have a lower natural frequency. This relationship between height and frequency is referred to as the oscillation period.

Tall buildings generally undergo several modes of vibration. However, the fundamental period often referred to as the “first mode,” is normally the most significant for seismic purposes. There are other modes of vibration that could be used for analysis when dealing with very tall buildings.

The next important factor that is figured into the equation in seismic building design is soil. Generally, the soil has a period that ranges from 0.4 to 1.5 seconds, with softer soils having shorter periods. On average, softer soils increase the shaking caused by an earthquake by 2 to 6 times that of rock. Therefore, the period of soil can coincide with a building’s fundamental period, amplifying the building’s acceleration.

A material’s ductility is a term given to a building’s ability to bend or deform before fracturing. Every material has its own breaking or failing point. Concrete and other Non-ductile materials tend to fail abruptly and break, making them more likely to crumble when affected by an earthquake. A building’s joints and reinforcements must be designed tactfully to give them a higher ductility.

Strength refers to a material’s ability to handle forces applied to it within a safe limit and not take on permanent damage or failure.

Stiffness: Stiffness refers to a material’s resistance to deflection or drift.

Damping: Damping refers to the rate at which a material absorbs natural vibration. Ideally, a building’s seismic design should be built in a way that encourages the dissipation and absorption of natural vibration, to prevent resonation when the building is exposed to a dynamic shock.

Seismic Design: – Configuration “Configuration” is a word that refers to all components of a structure, even the size dimensions and the shape of it. It measures the dispersion of seismic units on all levels within the structure and their magnitude.

The majority of buildings fall under two main configurations:

These are buildings with:

Along with these irregularities, comes the building’s potential to suffer from torsion and problematic stress concentrations.

It’s important to measure all of these factors to ensure that your building is adequate and has a proper seismic design, analyze the building’s strength, stiffness, period, torsion, ductility, damping, and configuration.

Analyzing these factors will also help determine which devices and strategies to have in place for your seismic building design.

Shear Walls: Shear walls are walls in which elements are placed to stiffen walls, which transfer lateral forces from the roof and the floor back into the building foundation.

Diaphragm: A diaphragm refers to floors and roofs that are used as rigid horizontal planes that transfer lateral forces to the vertical elements. (walls and structural frames.)

Moment-Resisting Frames: Column and beam joints that are present in moment-resisting frames are specifically designed to withstand both shear and bending. This eliminates the space limitation on solid shear walls and/or braced frames. These joints are designed to maintain their stiffness, and at the same time allow slight deformation to dissipate the energy. They generally use the steel’s ductility by itself or in reinforced concrete.

Base Isolation: Base isolation is a seismic building design strategy consisting of separating the building from the foundation. To do this, isolators are used to absorb shock. When the ground shakes, the building will then move at a slower rate with the isolators in place, because the isolators will dissipate a good bit of the shock.

However, for the base isolation system to work, the building must be an appropriate height, so that it can avoid overturning. Also, flexible utility connections need to be used to maintain any movement at the base.

In many cases, retrofitting an existing building with base isolation is expensive. If you run into this, consider using dampers instead.

Consider any extra space to account for horizontal displacement, because the entire building will move as a unit.

Elastomeric isolators are generally made with high-damping rubber, natural rubber, or another elastomer combined with metal parts.

Friction isolators, on the other hand, are made mainly of metal parts.

Tall buildings are at a high risk of overturning if they are base-isolated, and because they are more flexible than low-rise buildings, their horizontal displacement has to be controlled with energy-absorbing dampers instead.

We hope that this article has given you a better understanding of the factors and elements involved in seismic building design. If you have any questions, please use our contact form to reach out to us! 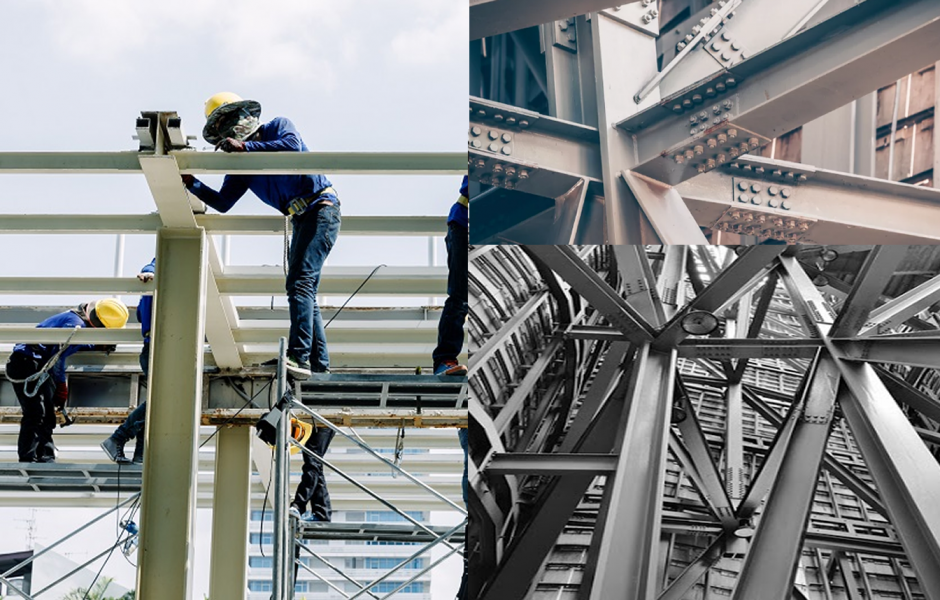 The Difference Between Welded and Bolted Unions in Structural Design

Before engineers start the planning and designing stage of any project, they have to decide what tools and materials are 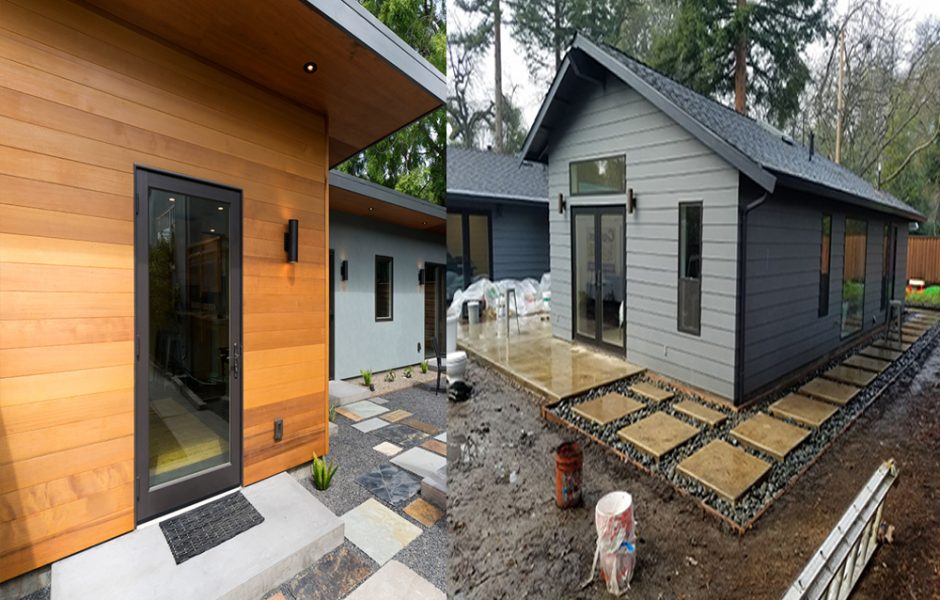 An accessory house, or an Accessory Dwelling Unit, (ADU), is also often referred to as a backyard cottage, an in-law 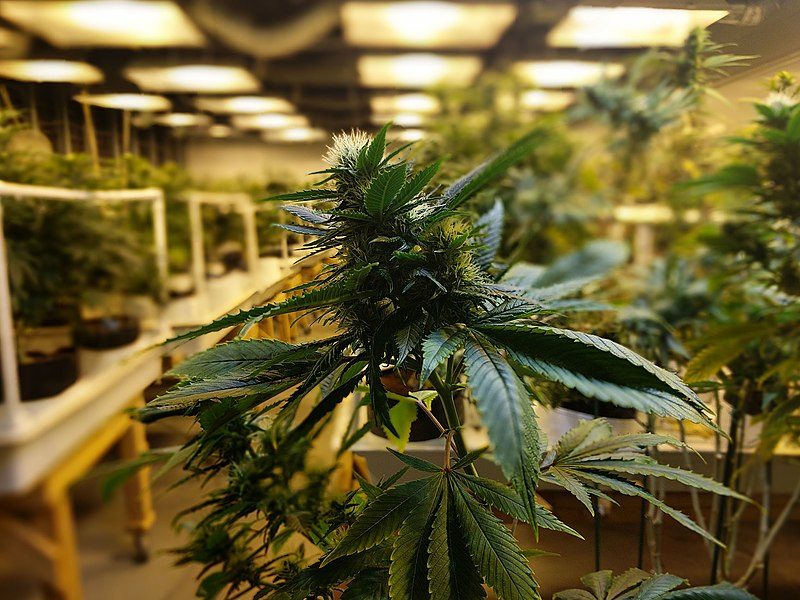 What to Note in Cannabis Facilities Design

The typical Cannabis business model includes three major segments: a dispensary, where the cannabis is sold; a Commercial Grow Room